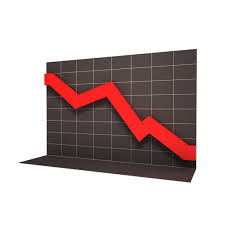 The market recently has been all over the place. It is difficult to predict anymore whether it is going up or down. It used to be (at least for a while), that is it went up before lunch you would expect it to retreat a bit after. Or if it went up one day it would come down a bit the other. These days it either up, up and up, or down, down and down. If you are trying to predict the movement there is just no telling where it will go. Even in the volatility that has been Donald Trumps presidency it has really gotten difficult to read the markets.

One of the bright spots has been the Aussie dollar. It has been pretty stable and has tracked between 67c and 68c. It might go a bit above that range at times or a bit below, but generally it has remained pretty consistent over the past few months. This has bode well for jigsaw gym mats. With the price of the AUD steady so too has the price of gym mats, particularly jigsaw gym mats, remained untouched. The price of tatami and MMA mats have had to go up again, but that was mainly due to them being artificially low. They have had to come up in price to improve the margins on them as the previous prices were unsustainable.

The RBA chief announced today that interest rates are unlikely to go down any further. This has spooked the market again evidently which can account for their slide. It also explains why the AUD peaked above 68c which is a level higher than usual for the recent period. Jigsaw gym mat pricing has remained the same but if there is a sustained lift in the AUD then we can expect a drop in pricing, this would include for all gym mats. One would also conclude that this would be the case for all imported goods which are predominantly calculated in USD.

If you are thinking about going on a holiday, and not just buying jigsaw gym mats, then this should help you also. This would be for people going all over the place and not just the United States of America. Although not all places take USD, and lift in the AUD would be seen also in other currencies.

Well that is the market news for now. You can expect that there will be another update pretty soon as I post these updates pretty often. Generally they come when there has been a major development in the market which necessitates a new report.