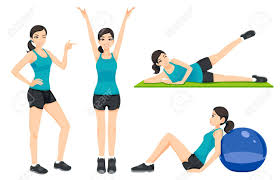 There are a heap of interesting UFC fight coming up in the not too distant future. You have Conor McGregor making a return to the ring after an absence of three years and you have the legendary Jon Jones schedule to fight after an infrequent fight schedule due suspension problems. All of this is great for the fans because let’s face it there has not been a lot of excitement in the realm of MMA lately. Apart from Stipe Miocic’s victory over Cornier in the heavy weight devision there is not much to talk about. Thankfully 2020 will be a lot more exciting than 2019.

All of this bodes well for the sport of martial arts in total. I mean the move excited that people get about MMA the more likely they are to buy themselves some gym mats and do some martial arts training. Without some thing to spur them on people end up staying home and watching cartoons on the television. Being inspired to do some training such as martial arts is good for the brain as much as it is for the body. So in that regard this year is looking to be a good year for both the body and soul.

Of course if people are going to do more training then it is good that they do use gym mats for their training. But it must be said that even if you call them gym mats it doesn’t mean you can’t use them for martial arts. Indeed what most martial artists would call gym mats other people would simply call them karate mats or more broadly martial arts mats. So clearly they same kind of mat can have multiple names.