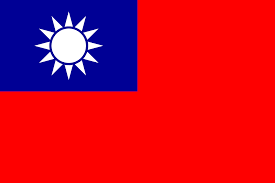 The current trade war between the two world economic super powers looks like it way have an effect on the price of jigsaw puzzle mats. The conflict between China and Donald Trump has rattled world markets which in turn has cause the AUD to drop against the USD. Trumps trade war with China is here to stay.

Jigsaw puzzle mats are by far the most popular mat used from training. They are used in a large cross-section of industries so the effect will be felt by a broad section of the economy. Our training mats are a sought after product by professional and individuals alike.

On a side note yes I know what I have used the Taiwanese flag as the feature image. That is because firstly I like the look of the flag. Secondly Taiwan is caught in the middle between China and America so I thought it would be a fitting symbol of the divide facing the two countries economically, militarily, politically, ideologically and spiritually.

Here are Ezy Mats we don’t take sides in Trumps trade war with China. We are just reporting the facts as they pertain to jigsaw puzzle mats and other gym mats. On a positive note we just received our first shipment of MMA mats from Germany.