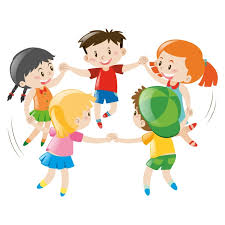 There is always something to remind us to keep kids safe. The other days we were sitting around the dinning table when one of the kids came and said that the other kids was in her room on the floor crying. My immediate thought was to see what stupidity she had come up with because I knew none of the other kids had been arguing with her, and I knew she was not in trouble with anything.

So I went in there and there she was on the floor crying. I ask her “what’s wrong, why are you crying”, and her reply was “I was doing one of my gymnastics moves and fell on the floor”. I said “where have you hurt yourself”. She replied “get out and leave me alone”. So I realised that she had probably hurt her ego more than anything else, I said “that’s what you get for being silly”.

Kids will be kids

It got me thinking, even though she doesn’t actually do gymnastics, and it was pretty much her being silly as she always is, how much better would have it been had she had some gymnastic mats on her floor.  Kids do all sorts of things and it is hard to control when they are going to do something stupid.

I remember when I was a kid I used to do they same thing. I would put pillows all over the floor, because I didn’t have gymnastic mats, and I would attempt to do a somersault. It would always end with my lying on my back crying and asking myself “why did you have to do that, why?” The funny thing is it would not stop me trying the same stunt again and again with pretty much the same results.

Actually there were heaps of things that I did where it would have helped to have some gymnastics mats like foldable mats, or foldout mats. Even some tatami jigsaw mats would have been great. As kids we inevitably got up to a lot of things. We used to wrestle in the backyard and have stick fight. We would jump off ramps with our bike. I am sure all kids did the same and even more.

Imagine if you had had gymnastics mats to play with at the time. It would have been great. We would have prevented a lot on injuries that is for sure. Although I am sure there are some injuries nothing could have prevented, and on the odd occasion it might have encouraged us to go a bit too far with some of our stunts.

It is lucky that these days there are more types of gymnastics mats available than when we where kids. The only ones that had around back then where those heavy ones they had at school. They would have also been expensive. So didn’t have cheap eva mats like you have today. I definitely don’t remember seeing the foldable mats and foldout mats. All we had was the grass in the backyard or in the park to cushion our falls.

So the bottom line is that you need to keep kids safe.